The 21-year-old midfielder is attracting plenty of interest from across Europe as the Reds join the list of potential suitors.

However, it would appear the race could already be over as Chelsea lead the way.

That’s according to a report from Tuttojuve, as cited by Anfield Edition on Twitter claiming that the Anfield club have contacted the Ligue 1 side.

The report claims that whilst Liverpool have asked Monaco about the price for the six-cap ace, Chelsea are at the front of the pack.

So far this season Tchouameni, who was described as ‘extraordinary’ by Paul Pogba, has earned an impressive 7.25 average Sofascore rating from 12 Ligue 1 outings.

Valued at £31.5million and under contract in France until 2024 (Transfermarkt), signing the French star for the mooted £43million valuation would be an outstanding piece of business.

Predominantly a defensive midfield powerhouse, Tchouameni possesses a range of key attributes that would make him the ideal understudy to Fabinho at Anfield.

At just 21 and with a rapidly rising stock, Jurgen Klopp will hope the race remains very much on. 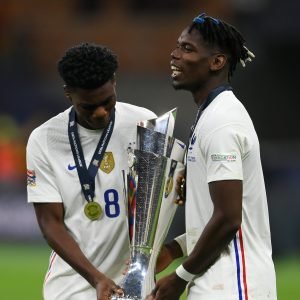 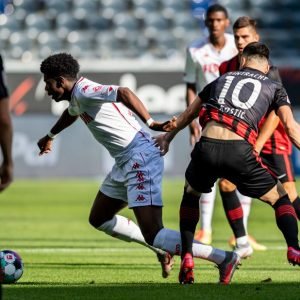