The 24-year-old has stepped into the breach left behind by an injured Roberto Firmino superbly in recent weeks and continues to flourish at Anfield.

Ever since an under the radar arrival in September 2020, Jota has been a revelation on Merseyside and the numbers keep on improving.

Speaking on talkSPORT (Monday, November 29), Murphy was full of praise for the ace.

He just continually scores goals. I know they’ve lost Firmino for a while with injury. But it’s not being talked about because of Jota’s form. I was a bit shocked when they signed him. He was decent at Wolves but I never saw him as a Liverpool player. He’s been sensational. He’s scored eight in 16 this season which you can’t argue with and 21 in 46 since he’s been at Liverpool. A brilliant signing. I like his energy, I like his attitude. You don’t see him moaning or diving around. He just gets on with the job. He can play on the left, right or middle too.

Firmino is expected to return to the fold in mid-December but the 22-cap Portugal man will be hoping to retain his place in Jurgen Klopp’s first-choice strikeforce.

So far this season Jota has scored eight times and provided two assists in 16 appearances across all competitions.

What a signing the Portuguese star has been.

Seemingly a player with the handy knack of popping up in the right place at the opportune moment, Jota offers the Reds a different threat to Firmino.

Whilst both men are superb at what they do, Firmino’s continued importance to this side cannot be underestimated just yet.

However, with 24 direct goal involvements in 46 outings as a Liverpool player, the £40.5million valued forward is slowly forcing his way into undroppable territory.

Who Is Liverpool's Best Number Nine? 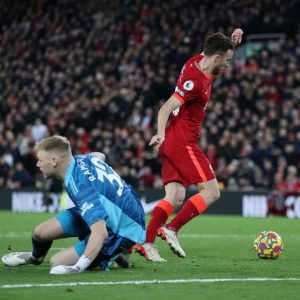 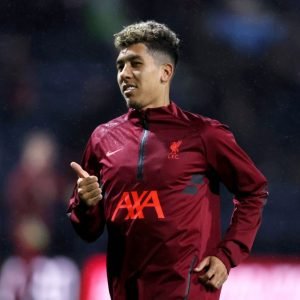