Liverpool have been extensively linked with a move for FC Porto winger Luis Diaz in recent weeks and could be set to strike in January.

The Reds are seemingly chasing the Columbian star to bolster the Anfield squad as Jurgen Klopp prepares for temporary life without Mohamed Salah and Sadio Mane.

Both will miss numerous games due to participation in the African Cup of Nations and Diaz looks to be the leading contender to fill the void.

Now, journalist Pipe Sierra has delivered the latest update on Twitter claiming that Liverpool face competition from four clubs for the 24-year-old.

Sierra also claims that Porto would be willing to negotiate the sale of their 31-cap star on receipt of offers around the €50million (£42.5million) mark.

So far this season Diaz has scored 12 times and added another two assists in 19 appearances across all competitions for the Dragões.

Exactly how Klopp copes without Salah and Mane will be fascinating to watch.

At present, the likes of Divock Origi, Takumi Minamino and Kaide Gordon will likely be asked to make the step up.

Whilst a signing of Diaz’s quality would be the ideal remedy, would it be feasible to sanction such expenditure for a player who will only be first-choice for a matter of weeks.

Instead, any move for the skilful Columbian is likely to come next summer when Klopp looks to bolster the options and perhaps following some departures.

Valued at £22.5million and under contract until 2024 (Transfermarkt), paying the mooted £42.5million for Diaz would be a reasonable fee for such a talented individual. 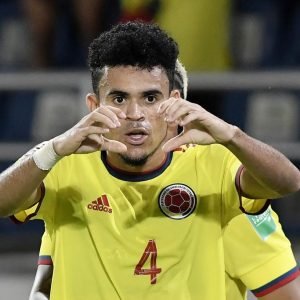 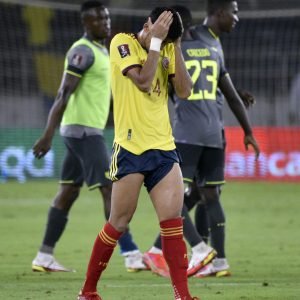