Liverpool forward Diogo Jota has been in sensational form so far this season and is receiving praise from all quarters.

The 25-year-old made an instant impact when arriving on Merseyside following a somewhat surprising £41million switch from Wolves (BBC).

Despite missing 21 games through injury last term, the Portuguese ace ended the campaign with 13 goals and one assist across all competitions.

Already on track to surpass those numbers following a goal in the Carabao Cup quarter-final triumph over Leicester City in midweek, Darren Bent was full of praise for the star whilst appearing on talkSPORT.

You got to say again well played to Liverpool the recruitment because I always thought he was a good player. When they first signed him, he was on absolute fire, wasn’t he? Then he had that injury and it kind of railroaded him a little bit. But he’s come back this season fantastic and, at one stage, it was almost like blasphemy that anyone could upset that front three, Firmino, Salah, and Mane. It was always them three, whoever comes in is going to have to play backup but he’s gone in there and shown no fear.

Former Arsenal midfielder Jack Wilshere added that the 22-cap Portugal man would be worth ‘£70 odd (million)’ if bought now.

So far this season Jota has scored 12 times and added two assists in 22 outings for Jurgen Klopp’s side.

Yet another example of a Micheal Edwards masterclass.

Whilst hindsight would tell many that Jota was also going to be a hit at Anfield, there were certainly more than a few eyebrows raised at the capture.

Now, however, the lethal £54million valued man is every bit a Liverpool player and seems to be improving all the time.

Much of the praise may well fall at Edwards’ feet, but Jota himself should take all the credit for an outstanding start to a promising career as a Red. 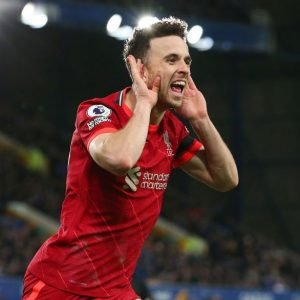 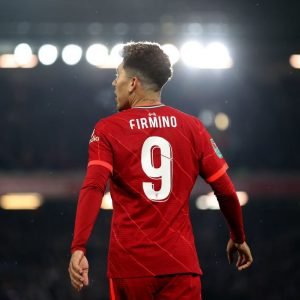