The 23-year-old has previously been linked with a move to Anfield as Premier League rivals Manchester City also touted the Uruguayan.

Liverpool could rival Manchester City for Real Madrid midfielder Federico Valverde this summer, with the 23-year-old open to exploring other options after not being a nailed-on starter for the La Liga giants. [@elnacionalcat] pic.twitter.com/edoycsdQk5

However, a fresh report from Spanish outlet El Nacional has claimed that the Reds are infatuated with the idea of bringing Valverde to Merseyside.

The report claims that Jurgen Klopp is ‘completely obsessed’ with the 35-cap ace and believes he would be the ‘perfect’ fit at Liverpool.

Valued at £58.5million and under contract until 2027 at the Bernabeu (Transfermarkt), the report claims that Los Blancos would ‘listen to the offers’ with the Reds willing to reach £66million.

Predominantly a central midfielder, Valverde has also shown impressive versatility in a young career and could therefore be the ideal man to replace James Milner in the Anfield ranks.

Technically gifted in both an attacking and defensive sense, it’s clear to see why Klopp would be an admirer as the German manager looks to solidify what has been a problem midfield department this season.

Not exactly the flavour of the month in Madrid, Liverpool should certainly be testing the water with a bid in the near future. 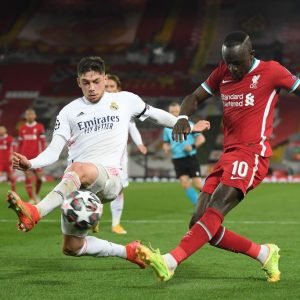 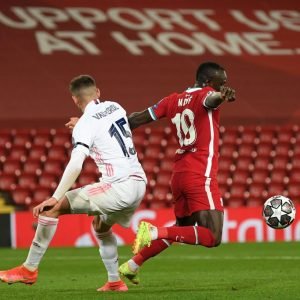