Liverpool have reportedly ‘contacted’ Barcelona central defender Ronald Araujo over the possibility of making a move to Anfield.

The Reds have been extensively linked with the 22-year-old in recent weeks and reports from Spain continue to mention a strong interest.

Whilst the Catalan giants are keen to tie down their Uruguayan star, Jurgen Klopp’s attention could be a fly in the ointment.

That’s according to a report from Sport, as cited by LFC Transfer Room on Twitter.

🇪🇸❗️Liverpool have contacted Ronald Araujo as his contract ends in 2023 and the Reds want to find out his views on a possible move to Anfield. Araujo has not extended with Barca yet and has serious offers from the Premier League.

The report claims that there are ‘important offers’ from the Premier League for the five-cap ace with Manchester United and Chelsea also in the mix.

This season Araujo – recently hailed as ‘spectacular’ by Xavi – has scored twice in 15 La Liga outings.

Valued at £31.5million and out of contract at the Camp Nou at the end of next season (Transfermarkt), it’s no surprise to see the Uruguayan’s future under the spotlight.

Already an established member of the first-team at Barca, Araujo offers superb versatility with the capability of playing left and right back as well as in defensive midfield.

Boasting strong aerial, tackling, passing and blocking attributes (WhoScored), it’s clear to see why Klopp would be an admirer.

However, with the strength of Virgil van Dijk, Joel Matip, Ibrahima Konate, Joe Gomez and Nat Phillips already overstocking the defensive department, the Reds would surely need to sell at least one in order to warrant a new addition. 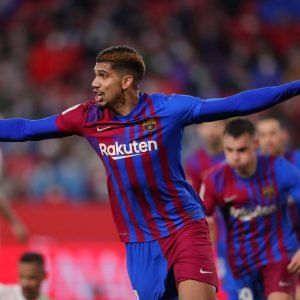 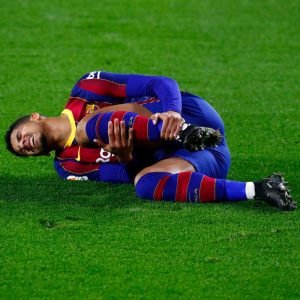