The Reds are believed to be willing to loan the 19-year-old back to the Championship table toppers for the remainder of the season as part of the deal.

However, with just minutes remaining in the January 2022 transfer window, there is a race against time to secure the move outright.

Regardless of the time constraints, many delighted Kopites were overjoyed on Twitter as the attacking midfielder took one significant leap towards becoming a Liverpool player.

#LFC @LFC Absolutely brilliant from FSG to get this done👏🏽👏🏽..And if Salah signs a new deal after the AFCON then for me it has to be a 10/10 window🙌🏽 https://t.co/vCGxHSzMxo

More excited abar this potential signing than Diaz if we pull this off yeno, special special player 👏🏼 https://t.co/MRbWGoxgVP

Carvalho has played an integral part in Marco Silva’s side this season scoring seven goals and providing four assists in 18 league outings.

Holding a perceived market value of £3.15million and out of contract in a matter of months (Transfermarkt), this is an extraordinary shrewd deal from the club.

Albeit available for free in the summer, due to rules on signing youngster’s the Reds would’ve been expected to pay a compensation fee and may have faced competition for the signature.

If the deal can get finalised tonight then Liverpool have signed an exceptional talent whilst bypassing the need for tribunals and bidding wars.

Will Fabio Carvalho Be A Future Liverpool Star? 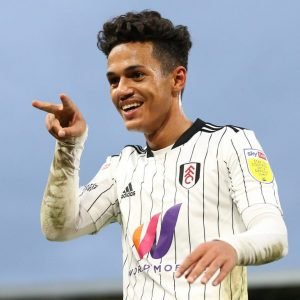