Liverpool will be ‘angry’ having failed to complete the signing of Fulham starlet Fabio Carvalho in January.

That’s the view of former Aston Villa striker Gabby Agbonlahor who believes that the Reds will face a challenge to land the 19-year-old at the end of the season.

That’s despite journalists such as Fabrizio Romano claiming that a deal is very much still on the cards.

Liverpool have new direct contact scheduled with Fabio Carvalho’s camp and Fulham in February – both clubs still working to find a solution after deal collapsed on Deadline Day. 🔴🇵🇹 #LFC

Speaking to Football Insider, Agbonlahor suggested that the move could still be hijacked.

Liverpool will be angry that they didn’t get it done in January even though talks are scheduled this month. What I like about them know is they are looking to increase their options, like Man City.

The 35-year-old also said that Carvalho may consider the strength in depth already in situ on Merseyside and opt for a more viable route into first-team action.

This season the England youth international has scored eight times and provided five assists in 21 appearances across all competitions.

So far was the transfer down the line that it would appear to be a mere formality for the summer.

However, with the attacking midfielder set to become a free agent at the end of the season, there could be further twists and turns to come.

Possessing an array of outstanding attacking attributes, Liverpool and Jurgen Klopp moreover will certainly hope the groundwork is enough to see Carvalho become a Red. 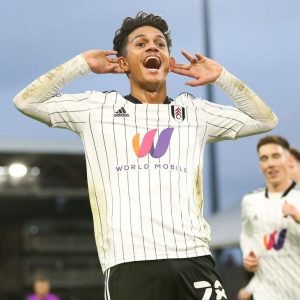 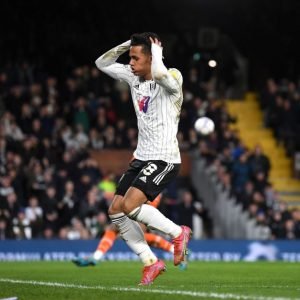