Liverpool may have found a fresh link on the left-hand side of their attack in the shape of Andy Robertson and Luis Diaz.

The duo were outstanding as the Reds’ beat Leicester City 2-0 at Anfield with Diaz particularly impressive on full debut.

Despite an apparent language barrier and lack of time spent together, the pair were nigh on telepathic in their interplay.

Robertson on Diaz: "My Spanish isn't great and I don't think his Scottish is up to scratch but we made it work today!" [BT]

Speaking on BT Sport, Glenn Hoddle suggested that the manager would be over the moon to see the combination work so well.

It’s been great to see, hasn’t it? They’ve linked up more than once tonight and Jurgen Klopp will be absolutely delighted

So far this season Robertson – who so often links up with Sadio Mane – has provided 10 assists in 26 appearances for Jurgen Klopp’s side.

Given the little time the Colombian has spent on Merseyside, let alone playing, this performance was highly impressive.

Diaz has slotted seamlessly into life in Klopp’s squad and looks purpose-built to have a major impact between now and the end of the season.

Whilst these early signs would all suggest that Liverpool have done it again in the transfer market. The return of Mane ahead of the trip to Burnley gives Klopp an almighty headache.

Should Luis Diaz Start Against Burnley? 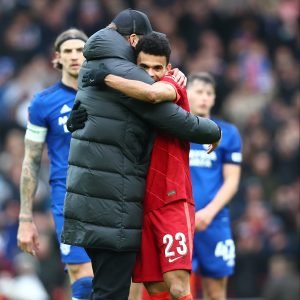 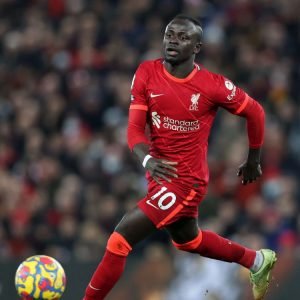