The 21-year-old was linked with the Reds before eventually arriving at Premier League rivals Manchester United in 2021.

Now, just seven months on from the switch, the England international would appear to be settling into life at Old Trafford.

Speaking on Match of the Day, Woodgate claimed that the exciting winger would’ve been a revelation on Merseyside.

He was exceptional at Dortmund. You need a little bit of time to settle in. You need a manager to believe in you. He is starting to play a lot of games, and he is starting to show what he can do. You need that time to settle in. At Manchester United at the minute, it hasn’t been great at the minute. Tell you what, he would be an unbelievable player for Liverpool him. He would fit into their system perfectly.

So far this season the 23 times capped Sancho has scored four times and provided two assists in 28 appearances across all competitions.

Frankly, it’s hard to disagree with this take.

Albeit now only a hypothetical conversation, the £76.5million valued star would undoubtedly have been a superb addition to Jurgen Klopp’s side.

A threat from both wings and possessing a variety of high quality attacking attributes, Sancho was ready-made for this Liverpool side.

Instead, it would appear that the Reds have acted to strengthen their ranks with the capture of Luis Diaz in January – a more than worthwhile alternative.

Who Would You Rather Have? 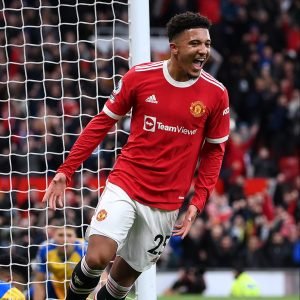 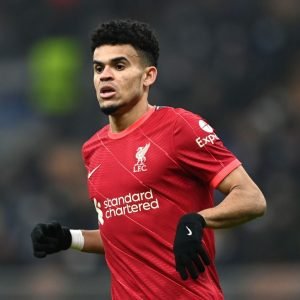