Liverpool have been ‘placed in the lead’ in the pursuit of AS Monaco midfielder Aurelien Tchouameni.

The 22-year-old has attracted a wealth of interest in recent months with Manchester United, Manchester City, Chelsea and Real Madrid all keen.

However, the Reds are believed to be the frontrunners to land the talented France international.

That’s according to a report from Marca (via Sport Witness), as cited by LFC Transfer Room on Twitter.

❗️𝙐𝙋𝘿𝘼𝙏𝙀: Liverpool currently leading the race for Aurelien Tchouaméni alongside the two Manchester clubs. Real Madrid don't want to get involved in a bidding war.

The report claims that the seven-cap ace is set to be at the centre of a bidding war in the summer.

So far this season Tchouameni – described as ‘incredible’ by Paul Robinson – has earned an impressive 7.30 average Sofascore rating from 27 Ligue 1 outings.

Valued at £36million and under contract in France until 2024 (Transfermarkt), the youngster would be an expensive signing for the Reds.

But, with at least one option set to depart and Jordan Henderson, Thiago and Naby Keita all in need of fitness management, an addition is required in the midfield department and Jurgen Klopp is likely to sanction a move for a player of Tchouameni’s ilk.

A powerful operator with a host of outstanding defensive attributes, the Frenchman would provide much-needed cover for Fabinho as well as being capable of playing a more advanced role. 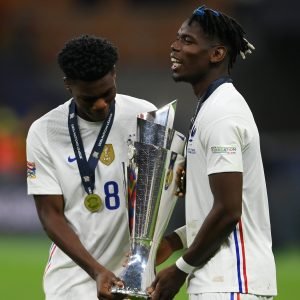 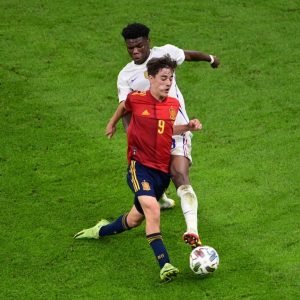