A number of Liverpool supporters are remaining positive that Fabinho and Thiago could be fit to face Leicester City, after Jurgen Klopp failed to rule them out.

The Reds return to Premier League action after the international break this weekend, hosting the Foxes on Sunday night.

Brendan Rodgers returns to Anfield with his side top of the table currently, highlighting how difficult a game it could be.

Not only that, but Liverpool also have a host of injury problems, with Trent Alexander-Arnold, Virgil van Dijk, Joe Gomez, Jordan Henderson and Mohamed Salah all ruled out of proceedings.

There is also no guarantee that Fabinho and Thiago will be available, with the former missing since injuring his hamstring against Midtjylland, and the latter absent since Richarlison’s awful tackle in last month’s Merseyside derby.

Speaking in his pre-Leicester press conference on Friday, Klopp said Fabinho and Thiago were “in a good way”, along with the likes of Rhys Williams and Alex Oxlade-Chamberlain.

Some Liverpool supporters were in positive spirits after hearing the manager’s update, with the hope that the key pair will be fit to start the upcoming clash.

These Reds fans took to Twitter to provide their thoughts on Fabinho and Thiago’s potential return.

Back from the dead pic.twitter.com/f4aLQPMgux

If hendo is out pls. Let Thiago be fit!

So you’re saying there’s a chance

Is Thiago the best midfielder in the world? 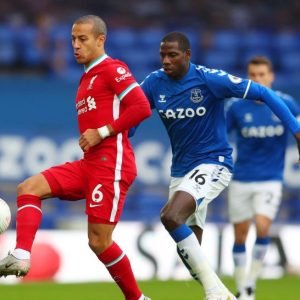 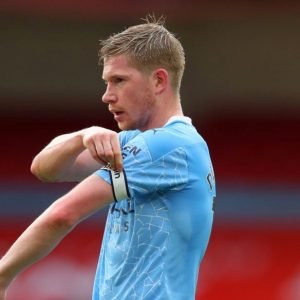