A number of Liverpool fans are delighted to see that Jordan Henderson is back in full training.

The Reds lost 2-0 to Atalanta in the Champions League on Wednesday night, never getting going at Anfield.

Jurgen Klopp made a number of changes to his starting lineup, with the likes of Andy Robertson, Diogo Jota and Roberto Firmino all rested from the start.

Someone who Klopp couldn’t call upon was Henderson, with the Liverpool skipper absent since picking up a thigh injury on international duty with England.

There was hope that the 30-year-old may be available for the games against Leicester City and Atalanta, but that hasn’t been the case.

On Thursday, however, pictures emerged of the Reds in training, as they prepare to visit Brighton in the Premier League on Saturday lunchtime.

Thankfully, Henderson was seen taking part in drills, suggesting he is very much on the mend, and possibly an option to start at the Amex Stadium.

More will likely become clearer on Friday morning, when Klopp conducts his pre-match press conference, providing an injury update in the process.

Nevertheless, these Liverpool supporters have revealed their happiness at seeing Henderson back in training, show their love for the Reds captain on Twitter.

About time🔴💪🏾 Really miss the skipper

Great to see him back, hes badly needed

We need him back big time

Is Henderson the best captain in Liverpool's history? 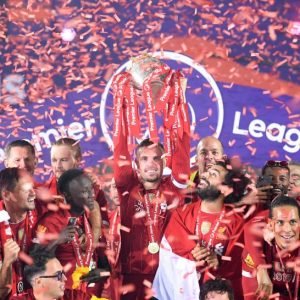 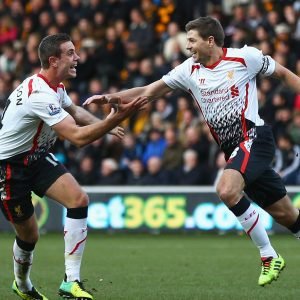