A number of Liverpool supporters have been mocking Timo Werner, admitting their relief that the Reds didn’t sign him.

Jurgen Klopp was endlessly linked with making a move for his compatriot in the summer transfer window, but he ended up joining Chelsea.

At the time, it felt as though Liverpool had missed out on a world-class attacking player, but the early signs this season suggest otherwise.

Werner has endured a terrible start to life at Chelsea, scoring just four goals in 17 Premier League appearances, and not finding the net in the competition since early November.

On the flip side, Liverpool snapped up Diogo Jota instead, with the Portuguese excelling before injury curtailed a run of form that saw him score nine times in 17 games.

On Sunday, Werner was ineffective in Chelsea’s 3-1 defeat at home to Manchester City, with one moment summing up his afternoon.

The Germany international kicked the flag while taking a corner, in what was a humorous incident for those of a non-Blues persuasion.

These Liverpool fan reacted the clip and revealed how happy they are that the Reds didn’t sign Werner.

Anyone still think Liverpool were ‘beaten’ to the punch on Werner ? He’s not a Liverpool player because Liverpool decided against him.

No way Timo Werner injured himself by trying to take a corner kick, Liverpool dodged a bullet in signing that blonde Jesse Lingard

Thank you, @LFC, for not buying Timo Werner

Never seen a professional football player kick the flag whilst trying to take a corner. Timo Werner just did it, we dodged a bullet there. #LFC #CHEMCI

So any @LFC fans regretting Timo Werner going to Chelsea now ? Think I was one of a few who just thought he wasn’t good enough. @ChelseaFC #ynwa #realiverpoolfans

Is Jota a better player than Werner? 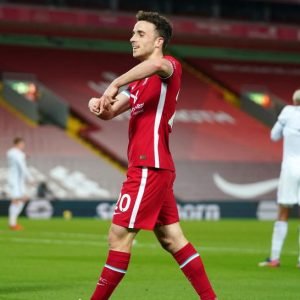 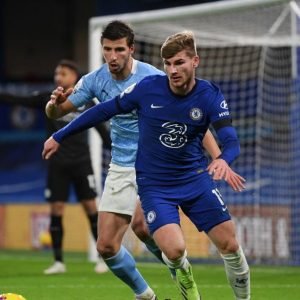