Liverpool have been given a boost in their attempts to sign Dayot Upamecano, with RB Leipzig CEO Oliver Mintzlaff admitting the club are weighing up the idea of allowing key men to leave.

The Reds could currently be eyeing up a January addition at centre-back, with Virgil van Dijk and Joe Gomez sidelined for a long period, and Joel Matip difficult to trust in the fitness department.

Liverpool have been linked with a move for Upamecano in the past, but nothing has come to fruition yet.

Speaking to Sport Bild, Mintzlaff hinted that the £54million-rated Frenchman could move on, with Leipzig open to the possibility to letting star players leave:

We also have a very broad squad of quality. So we will also sell again if it makes financial sense and we can absorb it sportingly.

When I think of Werner, Cunha, Keita or Demme, we have already redeemed a lot and yet developed sportingly.

At 22, Upamecano is arguably one of the best young defenders in Europe, already performing as a key man for one of the Bundesliga’s leading sides.

He has averaged an 88.8 percent pass completion rate in the league so far this season, not to mention averaging 1.1 tackles and interceptions apiece per game.

It looks increasingly unlikely that Liverpool will sign a centre-back this month, with Jurgen Klopp making it clear that it is tricky in the current financial climate.

Upamecano could be viewed as a long-term addition who genuinely fits the bill, however, which could potentially see the club change their stance if he is available. 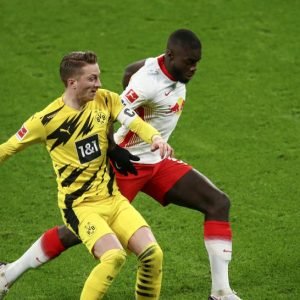 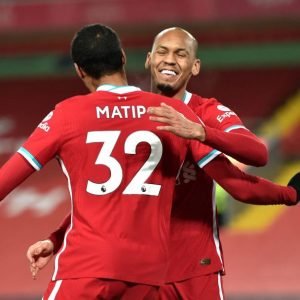