Liverpool haven’t made an approach to sign Real Madrid defender Sergio Ramos despite recent reports to the contrary, according to Spanish publication ABC.

Ramos is out of contract in the summer, leading to speculation that the Reds could capitalise, whilst French giants Paris Saint-Germain have also been credited with an interest in the 34-year-old.

However,  ABC have acted to kibosh the links insisting the central defender ‘simply has not been put on the market’.

Ramos, a loyal servant at the Bernabeu with a mammoth 667 appearances and four Champions League triumphs to his name, is yet to sign a contract extension in Madrid and could bring an end to a 16-year affinity with the club.

Despite his age, the veteran centre-back is showing no signs of slowing down any time soon. This season, he has made 14 La Liga appearances and chipped in with two goals along the way.

The legitimacy of Jurgen Klopp and Liverpool’s interest seemed questionable from the outset, given the history between the parties as well as a host of other factors.

Whilst the Anfield hierarchy have the wherewithal to sanction and ultimately fund a deal with the likely astronomical wage demands of the Spaniard, his advancing years and distinct lack of eventual sell-on value make it a deal which the club wouldn’t typically entertain – not to mention Mohamed Salah’s face should Ramos turn up in Kirkby.

Would You Accept Sergio Ramos At Liverpool? 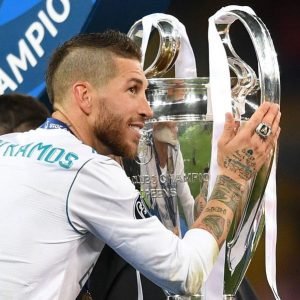 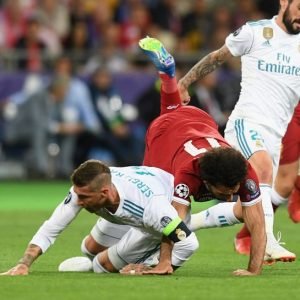