Liverpool youngster Neco Williams hasn’t enjoyed an easy passage into the first team at Anfield, but the teenager remains optimistic for his future with the Premier League champions.

The 19-year-old came in for criticism earlier this season following the Reds’ Carabao Cup win over Lincoln, resulting in the teenage full-back going off social media for a period.

Speaking to The Independent, Williams, who has got through many a baptism of fire in his fledging Liverpool career to date, told of how he didn’t have to look far for inspiration as he pursues his dream of becoming a mainstay in Jurgen Klopp’s plans. He revealed:

I look up to how Trent (Alexander-Arnold) is now, coming through the academy. It shows nothing is impossible with hard work, determination and commitment.

I know it’s going to be hard to get in the team and play week-in week-out but I just have to take every chance I get and prove I’m capable of being Trent’s main back-up and that I’m always ready to step up.

Recently, with Alexander-Arnold sidelined with a calf problem, the Wales international was handed the chance to shine, including the ultimate litmus test of a crunch Champions League tie against Ajax.

Williams passed the test with flying colours, providing the assist for the only goal on the night.

With Alexander-Arnold’s form a growing concern, Williams could be handed a prolonged run in the side, starting with Sunday’s FA Cup clash against Manchester United.

In his 22 senior appearances to date, the young Welshman has shown he is more than capable of deputising for Alexander-Arnold and he offers more attacking menace than the alternative scenario of playing James Milner out of position.

The upcoming FA Cup clash could be a taster for Williams and, should he suitably impress, a run of league starts could easily follow. 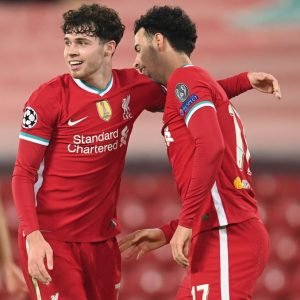 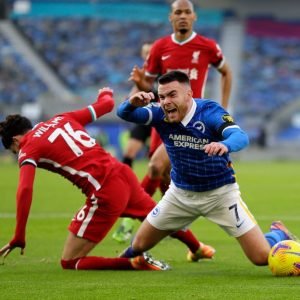