Liverpool could attempt to sign Lyon forward Memphis Depay ahead of major competition in the summer in order to bolster their attacking options, according to a report from Fichajes (via Sport Witness).

After years of being the perennial nearly men in their regular tilts for the domestic title, last season the Reds banished three decades’ worth of pain and lifted the Premier League trophy.

Large proportions of that success and the Champions League triumph a year previously was down to the front three of Mohamed Salah, Roberto Firmino and Sadio Mane, who between them netted 46 of Liverpool’s 85 goals in the league last season.

However, this season there has been a downturn in their collective productivity and there could be reinforcements on the way in the summer, with Depay, who once had an ill-fated stint with Manchester United, among the early contenders.

The 26-year-old Netherelands ace, who plays with Virgil van Dijk on the international stage, has 13 goals and six assists in 24 Ligue 1 matches this season.

Barcelona are also believed to be interested in Depay, whose contract expires in June as Lyon look powerless to stop him leaving France for nothing.

Despite his struggles during his previous time on English shores, Depay has gone on to reach the heights of the early expectations which saw comparisons made with Portuguese star Cristiano Ronaldo by Dutch compatriot Ronald de Boer.

Should Liverpool ensure Champions League qualification for next season, a race in which Jurgen Klopp’s side look to have enveloped themselves uncomfortably, signing the Dutchman would be a major coup and could exponentially improve the attacking options that the Reds manager has at his disposal.

Players of Depay’s ability and record don’t often become available without a major transfer fee attached, so Klopp should be banging down any proverbial door to make this one happen. 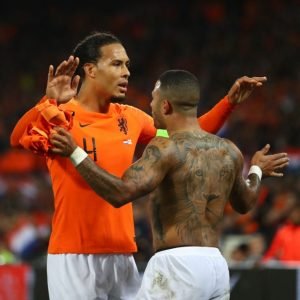 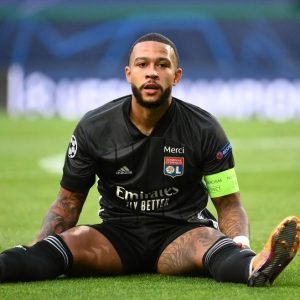