Leeds United are in no rush to sell reported Liverpool target Raphinha according to a report from the Daily Mirror.

The Reds are believed to be interested in the Brazilian forward with the possibility of a summer swoop mooted.

However, the report claims Leeds have no desire to sell the 24-year-old to bolster finances and the star is ‘happy’ at Elland Road having made friends amongst his teammates.

Raphinha, who was signed from French Ligue 1 club Rennes last October for just £17m, has also attracted admiring glances from Manchester United although the report states Leeds’ desire is to build the squad and not dismantle.

Having not yet earned international recognition and without setting the world alight in France, Raphinha’s signing went somewhat under the radar with Leeds having a free-run at the star.

With five goals and five assists this season in the Premier League, the winger has adapted superbly well.

Bad news perhaps for Liverpool who will be hoping for a change of heart from Leeds should they hope to prize the Brazilain away.

One thing is for certain is Jurgen Klopp would benefit from having the impactful star to call upon.

Possible departures such as Divock Origi, Xherdan Shaqiri and Alex Oxlade-Chamberlain will both free up space in the Anfield squad as well as add much-needed funds to the coffers – perhaps to go towards a Raphinha offer. 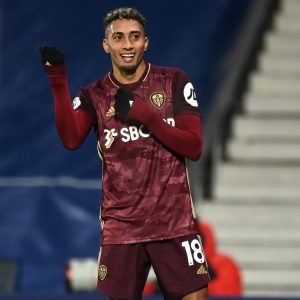 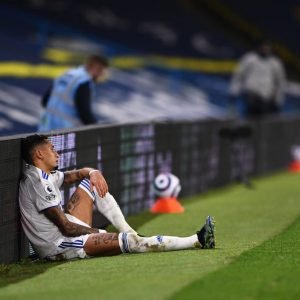