Liverpool midfielder Gini Wijnaldum is ‘not irreplaceable’ in Jurgen Klopp’s side, according to Jamie Redknapp.

Redknapp, himself a former Red of 308 appearances, has insisted the 30-year-old who could be set to leave for free this summer isn’t indispensable to the club.

Despite questions marks hanging over the future of the Dutch midfielder, Wijnaldum has remained a constant figure at the heart of the Liverpool midfield and Klopp recently hailed him as this seasons ‘most consistent’ performer.

However, Redknapp has told PA Sport that the Anfield hierarchy will be confident in their ability to replace the Hollace ace.

Wijnaldum has been a brilliant signing for Liverpool. His energy levels are fantastic but they have a feeling that, long-term, giving a player that much money until he is 33 or 34 – they don’t want to do it. am sure Jurgen Klopp won’t want to lose him as you can’t deny he is a fantastic player but he is not irreplaceable, you can find players like him, and Liverpool will be in the market trying to find the next Wijnaldum.

Wijnaldum has featured in all 29 Premier League fixtures this season, earning an average Sofascore rating of 6.80.

Should this season be Wijnaldum’s last at the club he can leave with his name well and truly written into Liverpool folklore.

Despite his levels of availability and performance this season, Redknapp is right to believe the club can find a replacement.

Perhaps the most difficult attribute to replace will be the midfielders durability, something that has come to the fore this season especially as those around him suffer. 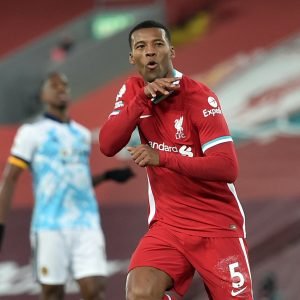 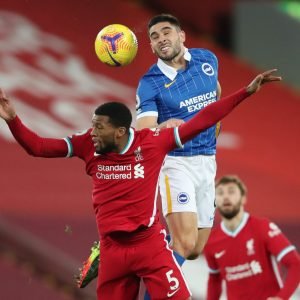