Liverpool and Manchester United supporters may have joined in unison recently to oppose their club’s involvement in the ill-fated European Super League – but they will once again return to being sworn enemies when they meet at Old Trafford on Sunday.

In a must-win clash for the Reds, Jurgen Klopp’s side will be looking to end a turgid record at United’s home – where they are without a win since 2014 – and maintain their unlikely charge for a top-four spot.

Liverpool have made the task far harder for themselves recently, dropping points away to Leeds United and against Newcastle having been in winning positions in both matches.

Anfield icon Mark Lawrenson doesn’t expect the prognosis to become much brighter this weekend either, as the former central defender told his BBC prediction column that Klopp’s men will have to wait for an elusive win.

I am not expecting a thriller this time either – these games are rarely great ones. We might at least get a goal or two on Sunday, though. Manchester United have been winning at home recently, but they have left it late to win their past two league matches at Old Trafford.

Lawrenson went on to predict a 1-1 scoreline – perhaps not enough for Liverpool with just five games remaining and a four-point deficit to overhaul.

Having dropped points in too many wholly winnable matches recently, this game becomes as close to a must-win encounter as possible.

Whilst failure to finish inside the top-four wouldn’t be a disaster given the numerous caveats, it would be a damaging blow for the 2021/22 campaign to not have Champions League football on the horizon. 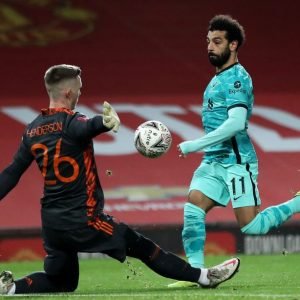 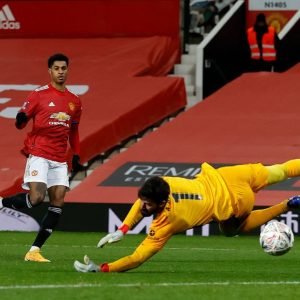 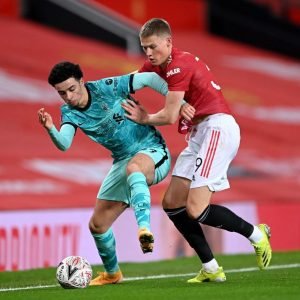