The Reds have been named among the numerous parties across European football keen on the Borussia Dortmund goalscoring sensation.

However, signing the 20-year-old Norwegian this summer would prove to be an expensive outlay and any deal may have to wait until 2022 when an affordable release clause becomes active.

Amidst the drama of Liverpool’s postponed clash with Manchester United on Sunday, Souness found time on Sky Sports to suggest Haaland would be ideally suited to the English top flight.

I think, Haaland, looking at him, he is tailor-made for our game.

Beyond his goal-getting exploits for his club, the man hailed as ‘lethal’ by Premier League Hall of Famer, Thierry Henry, has also netted six goals in just 10 Norway outings.

It’s hard to disagree with Souness here. Often strikers have struggled to adapt to the pace and physicality of the English top-flight – two assets the bulwark has in abundance.

Whoever signs Haaland would automatically gain a monumental upper hand for seasons to come over their domestic rivals.

Having already netted 102 career goals in 150 senior appearances, the Norwegian has already become a richly sought after asset.

Ultimately, from a Liverpool perspective, the chances of paying in excess of £150million in the current climate are hugely unlikely.

Should Haaland stay put until the mooted £68million release clause comes around – Jurgen Klopp and co may well fancy their chances. 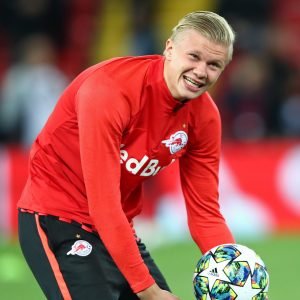 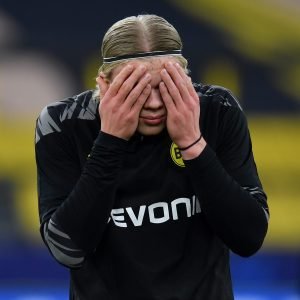