This comes after Spanish outlet Sport, reported that the 23-year-old has seen his asking price slashed to between £43million and £52m.

Signed from Borussia Dortmund for an initial £96.8m in 2017, with top-ups potentially seeing the fee rise to £135.5m (BBC), the Catalan giants certainly had high hopes for the flying Frenchman.

However, despite playing 114 times for the Camp Nou club – scoring 29 goals in that time – Dembele has struggled to hold down a regular place in Spain.

This week, Kenny told Football Insider that the regularly linked Reds would be landing a top-class performer.

They’ve knocked £50m off his price and are willing to cut their losses. But the fact they thought he was worth that at one point tells you all you need to know, really. He definitely has quality. I think £44m in this day and age is not a lot of money. This would be a good move for them. He’s still young and definitely worth signing if you can get him at that price. Wages are the only concern. But if you get him in for cheaper than he’s actually worth, that’ll even itself out eventually.

This season Dembele, who was likened to legendary names such as Pele, Diego Maradona, Zinedine Zidane and Johan Cruyff by Xaxi, has scored 10 goals in 40 outings across all competitions.

Liverpool boss Jurgen Klopp will almost certainly be in the market for additional attacking options this summer, having witnessed a dip in form within his front three this term.

Dembele would likely provide direct competition to perhaps the worst affected of the infamous Reds front three, Sadio Mane, although there could still be room in the squad for further additions.

Capped 23 times by France and a World Cup winner with the nation, the £45m valued ace possesses numerous qualities and would add an undoubted strength to the Anfield ranks. 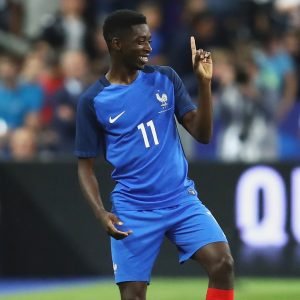 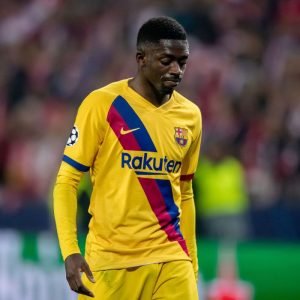