Liverpool full-back Trent Alexander-Arnold has been nominated for the Premier League’s Player of the Month for April.

The 22-year-old is among the eight nominees for the award, alongside Allan Saint-Maximin, Chris Wood, Jesse Lingard, Mason Greenwood, Matheus Pereira, Kelechi Ihennacho and Stuart Dallas.

Having been left out of the England squad for FIFA 2022 World Cup qualifiers in March by manager Gareth Southgate, questions had been asked of the Scouser’s form this season.

However, this nomination, as cited by Liverpool Echo journalist Paul Gorst on Twitter, is proof the marauding full-back remains among the elite performers on his day.

Twitter: Trent Alexander-Arnold is one of eight players to be nominated for the Premier League’s Player of the Month for April. (@ptgorst)

Alexander-Arnold never dipped below a 7.10 rating with Sofascore throughout the month of April – a testament to the levels of consistency shown that had previously been lacking.

Two assists and one stunning match-winner at Anfield against Aston Villa also blessed the April displays.

One in the eye for Southgate perhaps.

There’s little doubt the rationale for Alexander-Arnold’s exclusion stood up.

The starlet had dipped in form, albeit caveated by early-season illness and injury.

Where the England boss let himself down was dropping the Liverpool man on form whilst continuing to pick others who had been omitted from their club side for the same reasons.

With this summer European Championships fast approaching, the 12-cap West Derby born phenomenon may have earned a passage back into the reckoning. 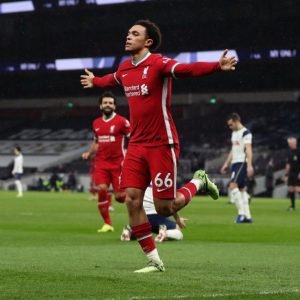 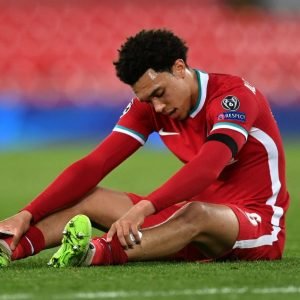