Dutch football expert Marcel van der Kraan has claimed the national team could be set to put pressure on Liverpool star Virgil van Dijk to be fit for the summer European Championships.

The central defender has been recovering from an anterior cruciate ligament injury sustained back in October in the Merseyside derby.

Despite this, Netherlands manager Frank de Boer has continued to hold out hope the injured Reds star could be involved in the rescheduled Euro 2020.

Now, Van Der Kraan has told talkSPORT, as cited on Twitter, that the nation won’t hold Liverpool’s thoughts in high regard.

It’s a very serious thing, the Dutch can’t really do without Van Dijk. They need him, he’s been the steel and the backbone of the team. He’s the man who runs the dressing room, everybody in the team likes him and looks up to him. Not only for football reasons, Frank de Boer wants him to be at the Euros. There could be a situation where he doesn’t start the tournament, we saw that before with Arjen Robben at the World Cup. With such a vital player like Van Dijk, De Boer’s idea is that if there’s one chance to take him, they will do it. They’ve slowly been putting the pressure on, maybe not Virgil, but his club.

Van Der Kraan went on to say the ‘Rolls Royce’ dubbed centre-back has stated to him previously that he may have to ‘take a decision against the wishes of the club’.

The Holland captain, Van Dijk only played eight times prior to his season-ending injury.

Liverpool manager Jurgen Klopp will be desperate to keep the Dutchman on Merseyside this summer in order to get his £63million valued superstar ready for the 2021/22 campaign.

Heading to a major international tournament is thwart with risks for clubs at the best of times, let alone having not played for eight months.

Should Virgil van Dijk Go To The Euros? 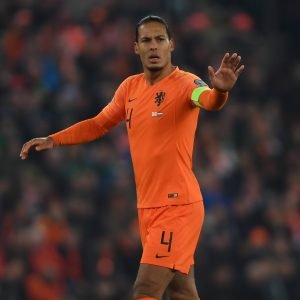 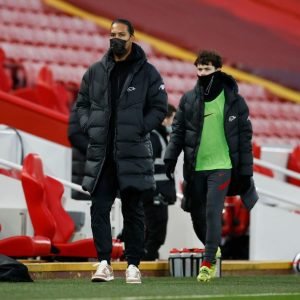