Liverpool have developed a taste for signing players newly relegated players in recent seasons, snatching both Andy Robertson and Gini Wijnaldum shortly after they faced the drop.

Swiss forward Xherdan Shaqiri was also signed from a Stoke City side that had finished inside the Premier League drop zone, adding to the Reds’ penchant for bargain buys other sides may turn their noses up at.

Now a fresh claim from Milan Posts on Twitter citing Sky Sports has emerged suggesting the 24-cap Norwegian international’s release clause has been dramatically lowered from £40million to £12million on the back of relegation to the Championship.

Sky Sport: The release clause of Sander Berge has been lowered from 40M to 12M because of the relegation of the c… https://t.co/quAFjnotOs (@MilanPosts)

This season was somewhat of a write off for the 23-year-old – missing 21 games due to undergoing surgery on a torn hamstring.

Liverpool will need at least one central midfielder signing this summer in order to replace the seemingly outgoing Wijnaldum.

The Dutchman looks set to leave for free at the end of the season and Klopp is a known fan of Berge – putting the likelihood of this deal into focus.

At the mooted £12million price tag this certainly looks to be a no brainer if assurances can be made over a sketchy injury record. 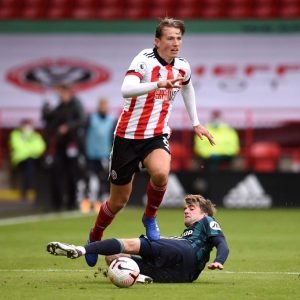 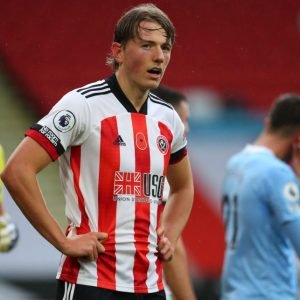