Liverpool midfielder Gini Wijnaldum has had his future under the microscope for much of the season as the Dutchman seemingly decides to call time on his Anfield career.

Despite offers from the club, the 30-year-old looks destined to leave at the end of the campaign, with Inter Milan or a link up with former Dutch national team coach Ronald Koeman at Barcelona the most likely options.

On Thursday afternoon Wijnaldum’s future was once again brought into focus.

Reputable Liverpool reporter for The Athletic, James Pearce, based a report on the central midfielder, suggesting on Twitter that Bayern Munich could be the newest suitors.

Twitter: Wijnaldum’s agent invites Bayern to make a move for the #LFC midfielder as he prepares to become a free agent this… https://t.co/vL4wMi7Cgq (@JamesPearceLFC)

On the back of the report, the Head of football for German outlet Bild, Christian Falk, was quick to kibosh the suggestion.

This season Wijnaldum has remained an integral part of Jurgen Klopp’s side, making a relentless 46 appearances in all competitions.

One thing now seems certain, Wijnaldum will not be a Liverpool player next season.

Albeit not without his detractors, the 73-cap stalwart has been an impressive servant to the Reds since arriving from a relegated Newcastle United.

Having won the Premier League, UEFA Champions League and FIFA Club World Cup, Wijnaldum will perhaps forever be best remembered for that substitute display in the second half against Barcelona.

Rather than focussing on where he may end up, Klopp will no doubt be eyeing a replacement for the ever-available Dutchman.

Will You Be Sad To See Gini Wijnaldum Leave? 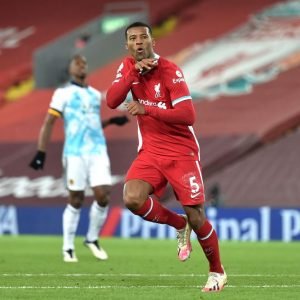 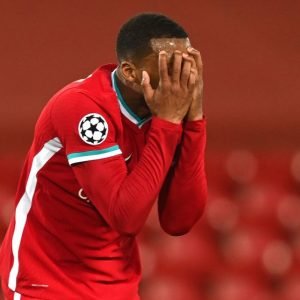