On-loan Liverpool starlet Sepp van den Berg has opened up on his dreams of playing for the first team at Anfield.

The Dutch centre-back headed to Preston on loan until the end of the season in February as part of the deal that saw Ben Davies become a Red.

Since then the 19-year-old has played 16 times in the Championship, earning an average Sofasore rating of 6.18 along the way.

As the second tier season came to its conclusion last weekend with Preston finishing outside the playoffs, Van Den Berg has this week spoken to the Liverpool Echo, as cited by LFC Transfer Room on Twitter, about his future on Merseyside.

Twitter: 𝐂𝐎𝐌𝐌𝐄𝐍𝐓𝐒: Sepp van den Berg says is his dream to play for Liverpool as the promising defender gets close to an Anfi… https://t.co/AfBIfCkxrt (@LFCTransferRoom)

When I joined (Liverpool), it was a big, big step for me! I came from Holland when I was only 17. It was a really big step but I’ve really enjoyed every moment I’ve been here. I’m still 19 so there is really no rush for me. My dream is to be able to play for Liverpool. I signed for five years when I came. I will have three years left in the summer. There is plenty of time for me. It’s my dream to play for Liverpool. That is all I think about in the long term, there is nothing else I think about.

Capped 10 times by the Netherlands at Under 19 level, Van Den Berg did make four senior appearances for Jurgen Klopp’s side prior to his loan move – all coming in domestic cup competitions.

Having emerged as a fledgeling teenager with PEC Zwolle, Liverpool paid £1.71m (Transfermarkt) to land the 6’2 defender.

Clearly talented, the Dutch teenager could be best served heading out on another loan move next season in order to gain yet more senior experience.

As for harbouring ambitions of making it big for the Reds – just learn from compatriot Virgil van Dijk and he won’t go far wrong.

Will Sepp Van Den Berg Make It At Liverpool? 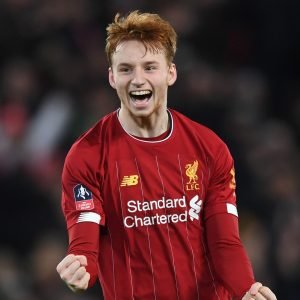 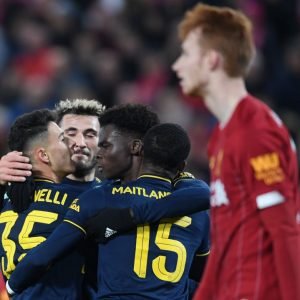