Liverpool could be set for a summer of disruption surrounding their most prized asset, Mohamed Salah.

The Egyptian forward has long since been touted with an eventual move to another of Europe’s elite clubs, with La Liga giants Real Madrid and Barcelona believed to be the most likely destination.

However, recent weeks have seen numerous reports surface suggesting French Ligue 1 side Paris Saint-Germain could also be in contention.

The latest report comes from French outlet L’Equipe – as cited by The Anfield Buzz on Twitter – and claims the Parisian club have already been in touch with the 28 year old’s representatives over a possible move.

| BREAKING NEWS: PSG are now in official talks with Salah’s representatives. PSG are looking to launch a bid in th… https://t.co/9fQKykqNic (@TheAnfieldBuzz)

PSG are believed to be sweating over the future of regularly reported Liverpool target Kylian Mbappe, who will be out of contract in the French capital in 2022.

Despite the possibilities of replacing Salah with World Cup-winning superstar Mbappe, the Egyptian king has been proving his worth to Jurgen Klopp’s side all over again this season.

The left-footed winger, recently hailed as ‘exceptional’ by Klopp, has 31 goals in all competitions this season – including 22 in the Premier League – making him the joint top scorer alongside Harry Kane.

Were it not for Salah this season Liverpool would be miles off their current top four pace, such is his importance to the side.

Whilst others around him have struggled to reach their previous heights, the 69-cap Egypt man has continued to perform at an elite level.

Frankly, offers comfortably in excess of his £99million market value would be required to even entertain a sale of this magnitude.

Most Kopites would admit changes are required and perhaps afoot this summer among the Anfield squad, however, selling the star player isn’t one many would get behind – even if it meant an outstanding incoming.

Would You Swap Mohamed Salah For Kylian Mbappe? 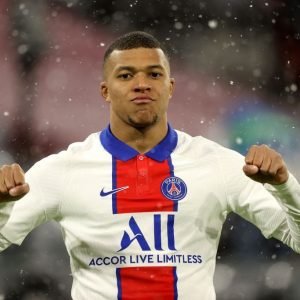 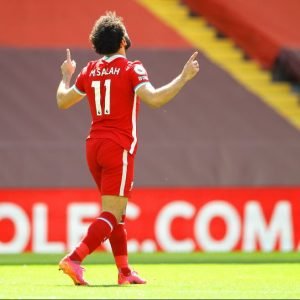