Liverpool loanee Taiwo Awoniyi has this week returned from a season-long loan spell at Union Berlin in Germany.

Having struggling to obtain a work permit previously in order to feature for the Anfield club, Awoniyi is now eligible to qualify and would in theory be available to play for Jurgen Klopp’s side next season.

However, according to Neil Jones, as cited by Anfield Watch Academy on Twitter, there is growing interest in the striker from a trio of Championship clubs.

NEW: Taiwo Awoniyi, who has qualified for a UK work permit six years after joining the club, has interest from cl… https://t.co/xO7PMliY4h (@AcadWatch)

Capped seven times by Nigeria at senior level, Liverpool signed Awoniyi back in 2015 from Imperial Academy for a fee just shy of £1million (Transfermarkt).

Some six loan spells later due to age and eligibility issues, the Under 17 World Cup winner has netted 34 goals in 139 first-team outings across Europe.

Liverpool are certainly on the lookout for additional striking options this summer – but it’s unlikely Awoniyi will make the grade at this juncture.

Operating almost solely as a focal point in attack, the Nigerian doesn’t have the versatility or attributes Klopp likes in a forward.

Valued at £4.05million, the Reds would welcome the mooted £8-10million cash influx towards their own transfer activity this summer. 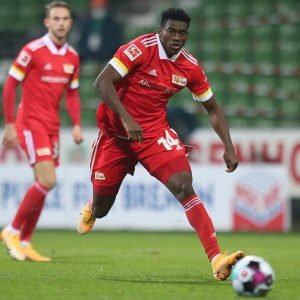 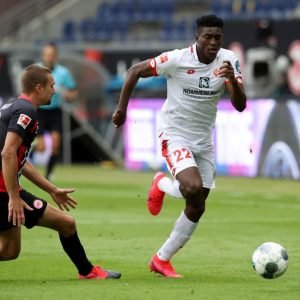