Liverpool manager Jurgen Klopp is expected to oversee somewhat of a summer clearout of the Anfield squad in order to refresh the ranks.

After putting together an unbeaten final 10 games in the Premier League, the Reds finished third and thus secured UEFA Champions League football for next season.

However, despite the strong finish, there are undoubtedly areas of concern within the squad that will need addressing if Klopp’s side are going to challenge for major honours once again next term.

In order to do so, Liverpool are expected to sell some of their fringe players to fund moves elsewhere.

One man tipped to leave the club in a report from Italian publication Corriere dello Sport, as cited by LFC Transfer Room on Twitter is winger Xherdan Shaqiri.

Twitter: Xherdan Shaqiri will leave Liverpool this summer. With Maurizio Sarri now expected to take over at Lazio, Shaqiri a… https://t.co/ymEfhn3tUO (@LFCTransferRoom)

Currently away with the Switzerland squad ahead of the upcoming Euro 2020 tournament, the 29-year-old will be looking to add to his 91-caps over the next few weeks.

However, at club level, the diminutive Swiss ace faces an uncertain future having made just 22 appearances in all competitions in 2020/21 for the Reds.

Valued at £10.8million and under contract on Merseyside until 2023 (Transfermarkt), Liverpool will be confident of recouping much of their £13million expenditure on the winger.

Likewise, with anyone who departs the club this summer, the money received must be reinvested in the squad by way of replacements – something Michael Edwards and co have been astute at previously.

Selling Shaqiri, Divock Origi, Harry Wilson and Marko Grujic would be a superb starting point and raise more than impressive funds to safely replenish the options. 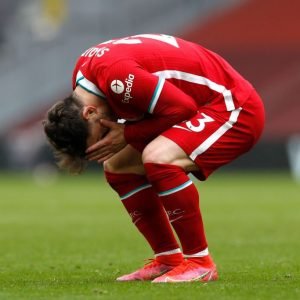 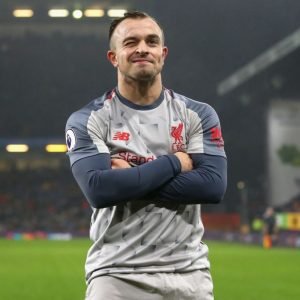