As Euro 2020 moved within just hours from getting underway, serious reports began to emerge claiming Liverpool were keen on one of the potential star nations top players.

The Borussia Monchengladbach and Germany midfielder, Florian Neuhaus, has previously been linked with the Reds and as of Friday afternoon, those links have seemingly enhanced.

Jurgen Klopp is believed to be an admirer of the 24-year-old and could be set to make Neuhaus the Gini Wijnaldum replacement this summer.

There is still an interest of @lfc in Florian Neuhaus and there have been a contact. But no concrete negotia… https://t.co/Nx5Uo95aBD (@cfbayern)

As alluded to in the reports, no official offers are currently on the table and the midfielder’s release clause has now expired, leaving any deal open to negotiation.

Described as an ‘extraordinary footballer’ by Marco Rose, the six-cap ace scored eight and assisted eight others in 45 appearances during 2020/21.

Valued at £31.5million and under contract until 2024 (Transfermarkt), signing Neuhaus without the elapsed release clause will likely cost upwards of £40million.

One benefit of not meeting a release clause is the ability to stagger payments, instead of shelling out the entire fee in one lump sum – a method the Anfield hierarchy are well versed in.

Credited with excellent long shooting, dribbling and ball interception abilities, the German seems to have all the qualities needed in a more forward-thinking midfielder.

Despite speculation suggesting Klopp won’t pine for a Wijnaldum replacement, one is certainly needed given the injury records of understudies Naby Keita and Alex Oxlade-Chamberlain. 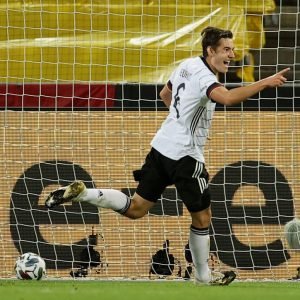 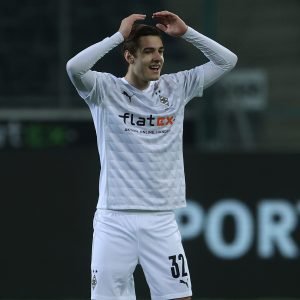