Italian midfielder Manuel Locatelli has been billed as the ‘perfect’ replacement for Gini Wijnaldum at Liverpool.

This comes after the Sassuolo ace put in a stellar performance as Italy swept aside Switzerland 3-0 in Group A of Euro 2020 on Wednesday.

The 23-year-old was a dominant force in the heart of Roberto Mancini’s side and capped the display off with two well-taken goals.

Previously linked tentatively with the Reds, a report from the Daily Express has gone all-in on the possibility, backed up by Portuguese journalist Goncalo Lopes on Twitter.

The all-action Italian has already stated discussions over any future decisions will have to wait until after the ongoing Euro 2020 competition.

But it would certainly seem there is a conversation to be had as interest from Juventus becomes common knowledge and the Serie A side’s own director has admitted they ‘want to make Manuel [Locatelli] happy’.

Signing a Wijnaldum replacement must be high on the list of summer transfer priorities for Jurgen Klopp.

The Dutchman was pivotal to the side in every sense, none more so than an unrivalled availability record, making an astonshng 51 appaearnaces last season.

Albeit only a sample size career, by comparison, Locatelli has been relatively injury-free up until now – a factor that makes the potential deal all the more appealing.

Valued at £31.5million and under contract until 2023 at the Mapei Stadium (Transfermarkt), the reported £34million asking price should be one Liverpool are all over – especially following the impresive Euros displays.

Should Liverpool Pursue A Deal For Manuel Locatelli? 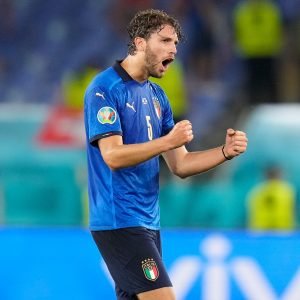 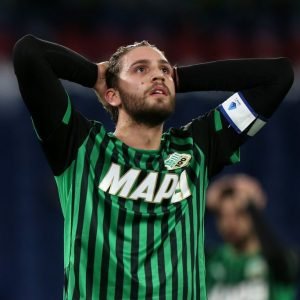