The precocious 17-year-old is currently away as part of the England squad for Euro 2020 and has been making a mark despite his fledgeling years.

An all energy midfielder, the former Birmingham City starlet has gained a reputation for performing way beyond his years since arriving in the German Bundesliga with Borussia Dortmund.

Asked who would be the England player past or present the teenager would most like to swap shirts with during a Q&A on the FA’s YouTube channel, as cited by Anfield Watch on Twitter, the midfielder was quick to respond.

Twitter: Bellingham: “Stevie G, easily to be fair. In fact, no it is not easy, I think him or [Wayne] Rooney definitely close.” (@AnfieldWatch)

This isn’t the first time the youngster described as ‘phenomenal’ has shown admiration for the Reds’ icon – recently sharing a Gerrard wonder-pass on social media.

Tentatively linked with a move to Anfield, Bellingham wasted no time in proving he was up to the grade at the elite level – scoring four and assisting four others in 46 appearances for Dortmund in 2020/21.

Replacing and coming close to emulating player like Gerrard as always seemed a tall order at Anfield.

However, if any youngster looked to have the attributes to do so it’s the five times capped teenager.

Albeit likely to already require an eye-watering fee in order to land the £49.5million valued ace, should the desire from both Jurgen Klopp and payer one day be strong enough – perhaps Bellingham can at least wear Gerrard’s numbered red shirt. 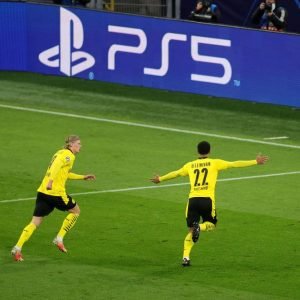 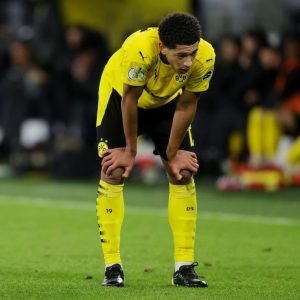