Liverpool are believed to be ‘intensifying their interest’ in teenage Sparta Prague sensation Adam Hlozek.

The Reds aren’t the only club keen on the 18-year-old, with West Ham and AC Milan also credited with holding an interest.

Hlozek, a wonderkid when making a senior debut aged just 16 years, 3 months and 16 days old, has risen to prominence over the last 12 months.

According to a report from Football Insider, as cited by BeyondTheKop on Twitter, Jurgen Klopp could turn to the Czech starlet this summer.

Twitter: Liverpool have stepped up their interest in Czech forward Adam #Hlozek according to Football Insider #LFC , he cert… https://t.co/Em9zDBbtZP (@KopBeyond)

The report claims any deal could cost between £15-20million.

Capped on four occasions at senior level by the Czech Republic – including a substitute appearance against Scotland on Monday afternoon – Hlozek is certainly performing above his fledgeling years.

Hailed as a ‘world-class player’ in the making by agent Pavel Paska, the versatile forward scored 15 times and registered eight assists in just 19 Fortuna Liga matches in 2020/21.

Signing an attacking option is a must this summer for Klopp as the German looks to improve the strength in depth within the Anfield squad.

Clearly a talented player with plenty of potential for development, the coaching staff would relish the opportunity to work with another hugely promising teenager.

Valued at £15.3million and under contract in the Czech capital until 2024 (Transfermarkt), the mooted price tag would represent shrewd business from the Reds.

Kopites may get a closer look at the linked teenager when the Czech Republic face Croatia at 5.00pm on Friday (June 18) in a Euro 2020 Group D clash. 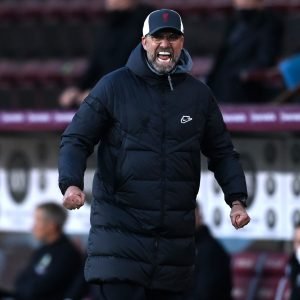 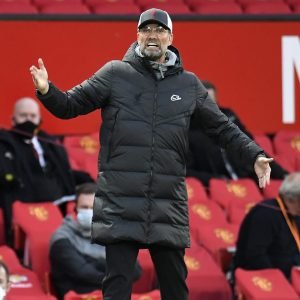