Liverpool have reportedly ‘knocked on the door’ at Juventus in order to gauge whether a move for Federico Chiesa would be viable this summer.

The Reds have been credited with an interest in the 23-year-old previously and now are believed to have intimated a move alongside Bayern Munich.

Chiesa has put himself in the shop window somewhat as Italy won the European Championships, with nobody more impressive than the flying forward.

According to a report from Italian outlet Calciomercato, as cited by LFC Transfer Room on Twitter, both European giants have asked the question.

• Both Liverpool & Bayern Munich have ‘knocked on the door’ of Juventus asking for Federico Chiesa.

The report goes on to state that the Serie A club views Chiesa as ‘non-transferable’ and Liverpool will instead need to look elsewhere for a winger.

Currently on loan at the Allianz Stadium from Fiorentina on a two-year deal that will be made permanent next season as things stand.

Last season the son of Italy legend Enrico, scored 14 goals and registered another 10 assists in 43 appearances across all competitions.

Recently described as ‘unpredictable’ by Antonio di Natale, the 31-cap Italy ace possess a host of attacking attributes that would’ve been of huge benefit to Jurgen Klopp’s squad.

Capable of playing across various positions, Chiesa is perhaps the ideal candidate to bolster the Reds.

However, given the mooted finances involved in signing the £54million valued man and Juventus’ stance, Liverpool may be best served looking elsewhere.

Would Federico Chiesa Have Been A Good Signing? 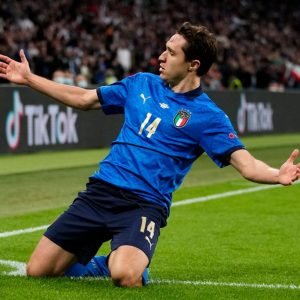 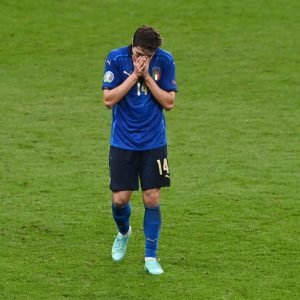