The 24-year-old is said to be on the radar of the Reds should Divock Origi and Xherdan Shaqiri leave the club.

Jurgen Klopp is thought to be a ‘big fan’ of Bowen and could turn to the former Hull City star at some point, perhaps beyond this window.

That’s according to a report from The Athletic, as cited by James Pearce on Twitter.

The report claims Liverpool see Bowen as a player boasting ‘massive potential’ and an option to provide ‘high calibre’ backup to the attackers already in situ on Merseyside.

Signed in January 2020 for £20million plus add ons (BBC), the Englishman has scored nine times and added another 10 assists in 54 outings for the Hammers.

Last season the man once hailed as an ‘exceptional talent’ by former boss Grant McCann netted eight and registered five assists whilst appearing in all 38 Premier League games.

Valued at £27million and under contract until 2025 in east London (Transfermarkt), signing Bowen would prove to be an expensive proposition for the Reds.

Predominantly featuring on the right-hand side of a front three at West Ham, the ex-Non League star would initially have to act as understudy to Mohamed Salah whilst potentially improving his versatility in order to feature more heavily.

A known admirer of a player with a strong work ethic, Klopp’s fondness of Bowen comes as little surprise and any move further down the line would be welcomed. 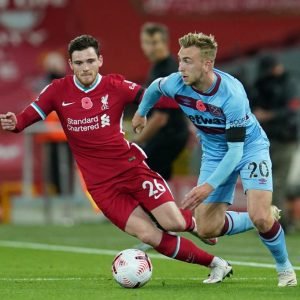 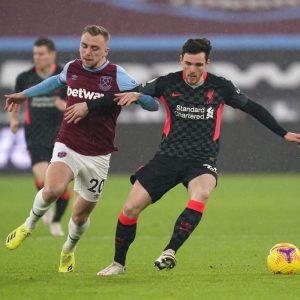