Liverpool are believed to be leading the chase to land Lyon midfielder Houssem Aouar this summer.

Despite seemingly being late to the party in holding interest during this transfer window, the Reds have jumped to the front of the queue for the 23-year-old.

Leading the likes of Tottenham, Manchester United and Arsenal as well as several European clubs, Jurgen Klopp’s side would be adding a highly sought after star to their ranks.

According to the latest report from French outlet Le10 Sport, as cited by Football Transfers on Twitter, the Anfield club now has the ‘greatest probability’ of signing Aouar.

Liverpool are now the favourites to land Houssem Aouar

. The Reds don’t have to sell anyone to buy. Aouar is a… https://t.co/VgHlbpjrES (@Transferzone00)

The report states that Jurgen Klopp has held a long-standing admiration of the France Under 21 international and that the Reds will have no issues finding the asking price which now stands at around £30millon.

Aouar continued to impress in Ligue 1 last season, scoring 10 and providing another three assists from midfield in 30 top-flight outings.

Signing the Frenchman would be somewhat of a departure from a like for like replacement for Gini Wijnaldum.

Predominantly an attack-minded midfielder, the ace would certainly provide another dimension to Klopp’s squad.

That said, at the mooted £30million demands for a £37.8million valued player (Transfermarkt), Liverpool would be wise to take advantage of the situation.

Having already shone both domestically and in the UEFA Champions League despite a tender age, there is still room for development in Aouar, room Klopp and the coaching staff on Merseyside would relish the opportunity to discover.

While the Reds aren’t short on links with other central midfielders wearing similar price tags, few are as young as the Frenchman and have as high of a ceiling. 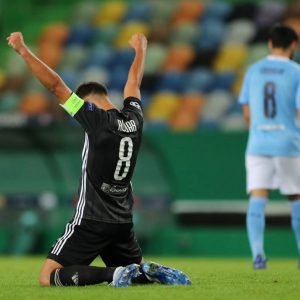 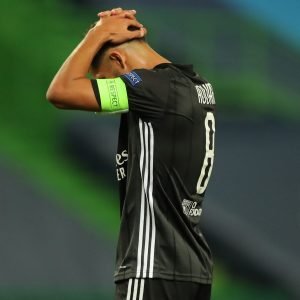