Liverpool defender Nat Phillips is attracting plenty of potential suitors this summer following a string of end of season heroics.

The 24-year-old was the unlikely catalyst for a Premier League revival at Anfield last season at the heart of a decimated defence.

Despite leaving an ever-lasting impact on Jurgen Klopp’s side, as Virgil van Dijk, Joe Gomez and Joel Matip return to fitness, there remains doubt over the ace’s future on Merseyside.

Already a reported target for Brighton and Burnley, the latest report from Sky Sports News (15:33pm), as cited by LFC Transfer Room on Twitter has added additional admirers.

· Bayer Leverkusen are interested in Nat Phillips. The club have registered interest with the players agent. Brigh… https://t.co/QaemAPzmN2 (@LFCTransferRoom)

The report claims that the Bundesliga side have ‘sounded out’ the no-nonsense centre-back and have been in contact with representatives to register an interest.

Last season the man hailed as ‘immense’ by Klopp earned an average Sofascore rating of 7.19 across 17 Premier League outings.

Valued at £7.2million and under contract until 2023 at Anfield (Transfermarkt), the Reds have reportedly placed a £15million price tag on the defender.

The wealth of interest should help Liverpool reach that price or perhaps beyond should a bidding war ensue for the ‘Bolton Baresi’.

Although last season’ performances more than warrant a place in Klopp’s plans moving forwards, Phillips’ stock has never been higher having proven to be ready for regular first-team action – something that he is unlikely to find given the level of competition.

Unfortunately whilst the romantic in most Kopites would love to keep their newfound hero at the club, a boost of £15million in the current market would be difficult to turn down. 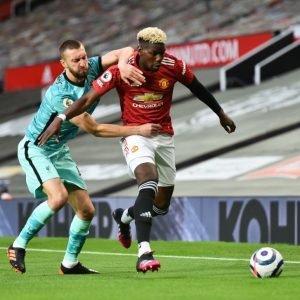 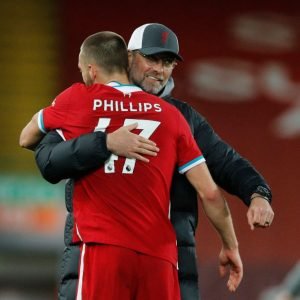