Liverpool are reportedly lining up a bid to sign Wolves winger Adama Traore this summer.

The 25-year-old is believed to be open to a move away from the Midlands club and the Reds could be looking to take advantage with a ‘cut price’ offer of £30million.

Often linked with the pacey Spaniard in the past, Jurgen Klopp could make Traore the first attacking signing of the transfer window at Anfield.

That’s according to a report from the Daily Star, as cited by Anfield Agenda on Twitter.

Twitter: Liverpool are poised to make a cut-price £30million move for Adama Traore. Jurgen Klopp is said to be a big fan of… https://t.co/R9cnHD36GS (@AnfieldAgenda)

A known admirer of Traore’s attributes, Klopp has previously declared the six-times capped Spain ace to be ‘unplayable’ following a 2-1 victory at Molineux.

Despite possessing frightening speed and power, the winger struggled to reach the heights of the 2019/20 season last term and ended the campaign with just two goals and three assists from 37 Premier League outings.

Valued at £27million and under contract until 2023 (Transfermarkt), the mooted offer is potentially not too far away from the required fee.

As a new manager takes charge at Wolves, perhaps with new ideas, Traore may feel the time is right to leave the club.

In terms of where the Spaniard may fit in Klopp’s plans, that may hinge on Xherdan Shaqiri’s highly doubtful future on Merseyside.

As a like for like replacement in terms of squad role, Traore would offer a greater impact coming from the bench and could give the Reds a whole new weapon in attack next season.

Liverpool have raised around £30million in the sales of Marko Grujic, Harry Wilson and Taiwo Awoniyi – should those funds go straight on Traore? 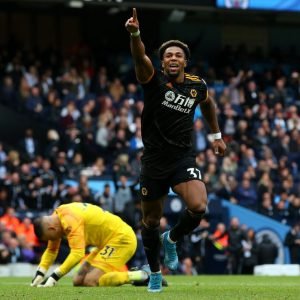 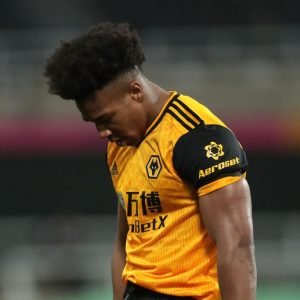