Borussia Dortmund superstar Erling Haaland has opened up on speculation over a sensational switch to the Premier League this summer.

Liverpool have been tentatively linked with the striker previously although a move would cost upwards of £150million.

The 21-year-old has been the subject of major interest from a host of Europe’s top clubs and Chelsea have come to the fore recently with a desire to get the deal completed in this transfer window.

Now the Norway international has spoken to Sportbild, as cited by Fabrizio Romano on Twitter, about the potentially eye-watering move.

Twitter: Erling Haaland on his future to @SPORTBILD: “First of all I have three years left on my contract. I’m enjoying my t… https://t.co/0HKh65hWQ8 (@FabrizioRomano)

Haaland also stated that he ‘hopes’ talk of a £150million plus transfer are just rumours as it ‘would be a lot of money for one person’.

Since arriving in Germany from Red Bull Salzburg, the 12-cap Norway star has gone from strength to strength and netted a remarkable 27 goals in a first full Bundesliga campaign.

Haaland has quickly become perhaps the most wanted man in world football since bursting onto the scene in Austria.

A truly phenomenal physical specimen with an unerring eye for goal, no club in world football would turn down the opportunity to land the star.

Valued at a staggering £117million (Transfermarkt), Liverpool will be hoping no deal can be completed before next summer when the Norwegian sensation will reportedly be available for a £64million release clause.

On a level financial playing field, Haaland a known admirer of Anfield’s special atmosphere and with ex-Dortmund boss Jurgen Klopp in situ, the Reds will surely be at the forefront of the suitors next summer.

One more year of Roberto Firmino before making way… 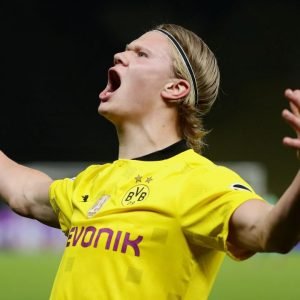 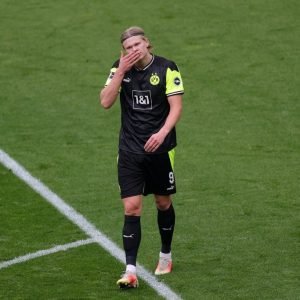