Liverpool will make the next step in their pre-season preparations on Thursday evening when they face Bologna in Evian.

The Reds will undergo back-to-back 60-minute friendlies against the Serie A side ahead of a return to the UK for clashes with Atletic Bilbao and Osasuna.

Jurgen Klopp has welcomed back the Brazilian contingent this week, whilst captain Jordan Henderson remains away from the squad.

On Wednesday, having made a 20-minute cameo against Hertha Berlin last week, Virgil van Dijk confirmed himself and Joe Gomez would likely see around half an hour of action this time.

It wasn’t all good news ahead of the clash however as Klopp confirmed elsewhere Thiago would be unavailable due to a ‘slight issue’ picked up before a return to Liverpool training.

Twitter: Jürgen Klopp has confirmed @Thiago6 will miss our pre-season contests with Bologna on Thursday due to a minor injury. (@LFC)

Thiago missed 17 games last season with a knee injury picked up in the Merseyside derby.

Having made a successful comeback the trophy-laden Spaniard made four appearances for the nation at Euro 2020.

Klopp will be desperate for Thiago to get some minutes in either of the Anfield friendlies on the horizon as a Premier League meeting with Norwich City comes into view.

With Henderson almost certain to miss the encounter due to prolonged involvement in the European Championships, the Reds could be forced to field a makeshift midfield containing James Milner, Curtis Jones or Naby Keita.

At the base of the midfield should be the ever-reliable Fabinho, who alongside fellow Brazilian, Alisson, signed a new contract to extend a Merseyside stay this week.

As the season fast approaches and injury concerns are already flagged up – no matter how minor – this must surely act as a warning sign and mean the club finally heads into the market for that Gini Wijnaldum replacement. 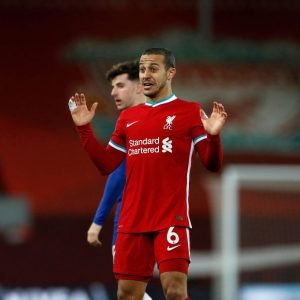 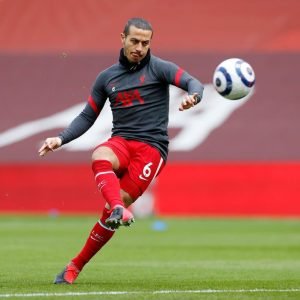