The 19-year-old sensation has been widely tipped to make the move to Liverpool previously and was even shown around Anfield back in 2018.

Following an eye-catching performance for Belgium at Euro 2020, Doku appeared once again to be on the Reds’ radar.

According to French outlet Jeunes Footeux, as cited by The Anfield Buzz on Twitter, Rennes may have to sell their exciting forward before Tuesday’s deadline.

| Rennes could be forced to sell Doku before the transfer window closes next week.

Capped on 10 occasions at senior level by Belgium, Doku has already become an established first-team performer for both club and country.

Last season the starlet once described as a ‘diamond in the rough’ by Kevin de Bruyne scored twice and registered three assists in 30 league outings.

Signing an additional attacking option this month may still hinge on the continued Liverpool future, or otherwise, of Doku’s compatriot Divock Origi.

Capable of operating across all three positions in the frontline, the pace, direct style and dribbling of the Belgian would be a major asset to Jurgen Klopp’s squad.

Perhaps not quite the finished article, understandably given the ace’s tender years, paying £42.7million for raw talent isn’t in line with the club’s mantra in recent years.

Valued at £23.4million and under contract until 2025 in France (Transfermarkt), the mooted asking price would represent relative value for money. 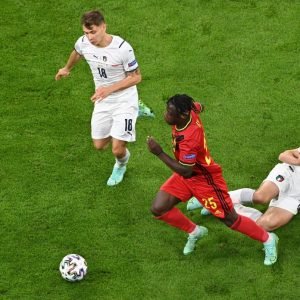 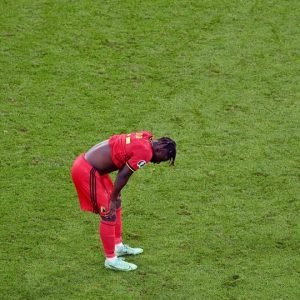