Liverpool manager Jurgen Klopp is understood to have made a ‘direct request’ to sign OGC Nice forward Amine Gouiri.

The Reds were quiet throughout the summer transfer window despite numerous links to additional squad options.

That could all change as soon as January however when AFCON comes into view and Klopp has had time to assess the players at his disposal.

According to a report from Spanish outlet Fichajes.net (via Sport Witness) and as cited by Anfield Effect on Twitter, the German manager has already identified one candidate to strengthen the ranks.

The report states that Klopp ‘seems to be very interested’ in the 21-year-old France Under 21 international with a view to replacing Roberto Firmino.

A product of the youth system at Lyon, Gouiri joined Nice in a deal worth £6.3million in 2020 (GFFN).

Last season, the ace scored 12 goals and provided seven assists in 34 Ligue 1 outings before starting this campaign with four strikes in the opening four matches.

Valued at £27million and under contract until 2024 (Transfermarkt), the report fails to mention any possible fee for the Frenchman.

Capable of operating from the left wing, Gouiri looks to have all the potential to enjoy a bright future at the top level.

Perhaps the most appealing facet to the starlet’s game will be the similarities to Firmino’s style – boasting strong link-up, hold up and defensive contribution attributes from an attacking position. 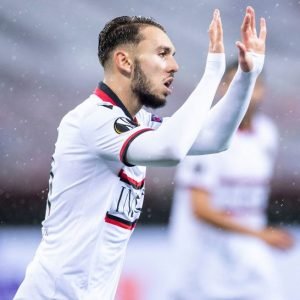 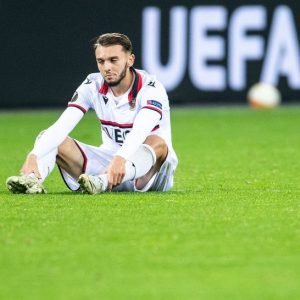