Liverpool forward Mohamed Salah has joined the illustrious Premier League 100 club with the opening goal against Leeds United on Sunday.

The flying winger netted the first goal of the clash at Elland Road and became the fifth-fastest to the landmark in top-flight history.

On a day otherwise marred by a shocking injury to Harvey Elliott, the Reds were in near-perfect form as Jurgen Klopp’s side remained unbeaten.

Twitter: “He joins the club in the Premier League!”

Not content with dazzling on the pitch, the ‘Egyptian King’ made a young supporter’s day after the final whistle by handing his match shirt to a member of the crowd.

Salah reached 100 Premier League goals in his 162nd appearance – scoring twice for Chelsea prior to adding 98 in Red.

Some joy from an otherwise sickening day for many Kopites.

Such acts of kindness make the day of young fans and the boy’s father revealed the delight on Twitter late on Sunday evening. 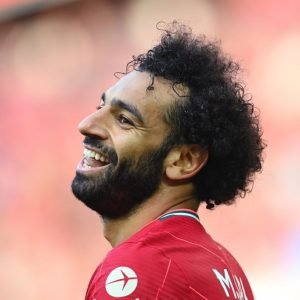 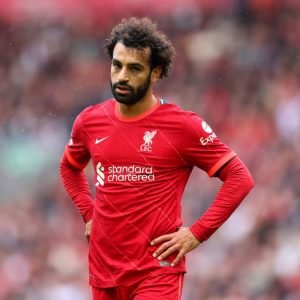