The Reds were quiet throughout the summer transfer window as only additional centre-back cover arrived in the shape of Ibrahima Konate.

Despite the inactivity, Jurgen Klopp’s side have made a strong start to the new season – helped by the impact of teenage sensation Elliott.

However, with the 18-year-old now set for a lengthy spell on the sidelines, Liverpool could head into the mid-season market for Adeyemi.

That’s according to a report from Mundo Deportivo, as cited by Anfield Buzz on Twitter claiming the Anfield club lead the way for the 19-year-old.

Already a goalscorer at the senior international level for Germany, Adeyemi has been catapulted onto the big stage in the last 18 months.

Determined to build on that breakthrough campaign, the Munich-born ace has already notched six goals in the opening seven league games this term.

Valued at £18million and under contract until 2024 in Austria (Transfermarkt), Liverpool would be confident of meeting Salzburg’s demands.

Having already struck a deal to bring Takumi Minamino to Merseyside, good relations between the clubs may ease the path to this next transfer.

With attacking duo Mohamed Salah, Naby Keita and Sadio Mane all likely to head off to AFCON in January, additional options are already a must.

Throw Elliott’s absence into the mix and  Klopp’s squad will look more lightweight than ever before at a crunch time.

Capable of playing on either wing and as a centre-forward, signing Adeyemi would resolve numerous issues in the ranks and should be considered a worthwhile acquisition. 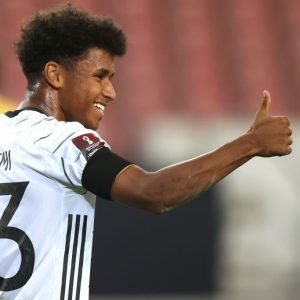 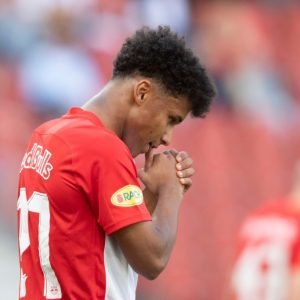