Liverpool have been named among the leading contenders to sign Bayern Munich superstar Robert Lewandowski next summer.

This comes after the 33-year-old was reportedly keen to seek a new challenge in the near future.

Manchester City, Paris Saint-Germain and Real Madrid have also been credited with an interest in signing the world-class Polish striker.

According to a report from Fichajes, as cited by Liverpool FC News on Twitter, the Reds are in the hunt.

The report claims Lewandowski would be ‘interested’ in the Anfield switch in order to reunite with Jurgen Klopp, who was the 125-cap ace’s manager at Borussia Dortmund between 2010 and 2014.

This season the towering Pole, described as a ‘footballer like no other in the world’ by Hansi Flick, has scored a remarkable 10 goals in just six appearances across all competitions.

Well, this would be a deal like no other.

Whilst the £54million valued phenomenon shows no sign of slowing up and would undoubtedly strengthen the attacking options at Anfield, shelling out any lofty fee for a player aged over 30 seems highly unlikely under the current owners.

Under contract until 2023 (Transfermarkt), perhaps were the situation to develop and mean a deal could be done at a bargain rate, Liverpool may then act.

Until then it seems farfetched to imagine the 469 career goal will be adding to that extraordinary tally on Merseyside.

Few players in world football possess the pull of Lewandowski, something that would attract FSG to the move, but we fear the finances for an ageing star would remain out of reach. 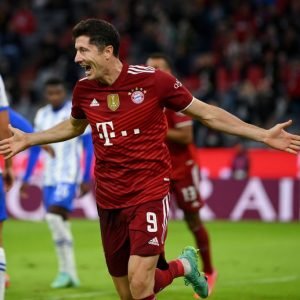 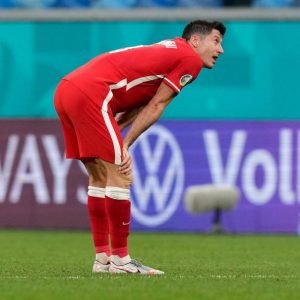