The 29-year-old Egyptian took one step closer to yet another record since arriving on Merseyside this week by equalling Steven Gerrard’s goal tally in Europe at Anfield.

Salah has already bagged four goals and provided two assists this season, one of which took the winger to 100 Premier League goals.

Speaking on his own Wrighty’s House podcast, the ex-Arsenal man waxed lyrical about the Liverpool man.

We have to talk about Mo Salah. He’s an extraordinary goalscorer. I remember him at Chelsea when Arsene Wenger had his 1000th game against Chelsea. They lost 6-0, Hazard had his way with them and Salah scored the 6th goal. He ran from the halfway line and finished it, and when he finished it I thought ‘wow’, he took it so easily. He went to Roma and did it in Rome, then he came to Liverpool and got 32 goals in 36 and I thought this guy is a goalscoring machine.

Capped 69 times by Egypt, Salah has scored 129 times for the Reds in 208 appearances.

Perhaps the ‘Egyptian King’ is finally starting to receive some richly deserved recognition.

Loved and adored by Kopites, Salah is often overlooked by those in positions to speak about the best in the game.

Seemingly always topping numerous charts, the flying winger truly has been a sensation since arriving from Roma.

Liverpool will hope there are many more magic moments yet to come from their £90million valued superstar (Transfermarkt). 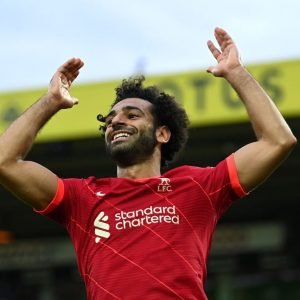 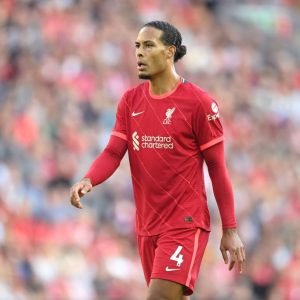