This comes as the club enter negotiations to tie the 29-year-old down beyond his current deal which expires in 2023.

Following a summer jam-packed with contract renewals, the Reds will be hoping to extend the deal of perhaps their most important asset.

When you pick your all-time Liverpool XI there’s always positions that go straight in.(Alan) Hansen, (John) Barnes, (Graeme) Souness, (Steven) Gerrard, (Ian) Rush, (Kenny) Dalglish – you fill the positions no matter what this team does. There’s nobody you ever think of on the right really. Mo Salah will be in that position, he will be in the all-time Liverpool XI when he finishes his career, there’s no doubt for me about that. Liverpool haven’t gone into the market like other teams this summer but they’ve given new contracts to all their players. The one yet to sign is Salah, he obviously wants a few quid, rightly so, he deserves it. He deserves to be one of the highest-paid players in the league because of what he’s done since he’s come to Liverpool. Never injured, and year after year he’s the top scorer.

Salah reached the Premier League 100 club this weekend with the opening goal against Leeds United – the Egyptian’s third this season in four matches.

Valued at £90million (Transfermarkt), Salah is the club’s top valued star ahead of Sadio Mane and Trent Alexander-Arnold.

Still showing no signs of slowing down, Liverpool will be desperate to retain the services of their ‘Egyptian King’ beyond 2023 and in doing so retaining the highest possible value should a sale come into view.

Albeit perhaps a break from the wage structure, extraordinary players call for extraordinary decisions – Salah certainlty ticks that box.

Should Liverpool Give Mohamed Salah Whatever He Wants? 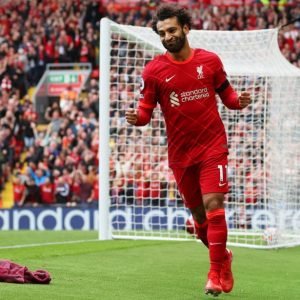 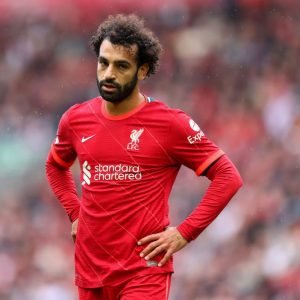