The 35-year-old was handed a surprise start at right-back on Saturday as the Reds overcame Crystal Palace 3-0 at Anfield.

In the absence of the ever influential Trent Alexander-Arnold, Milner was tasked with the challenge of keeping Wilfried Zaha quiet.

Named in the BBC Sport team of the week, alongside Sadio Mane, Crooks was full of admiration for the Yorkshireman.

As a Liverpool player, James Milner has been a giant. Not only was he instrumental in seeing Jurgen Klopp’s safe transition into Liverpool Football Club as his captain, but Klopp is now repaying the dedication and service he has shown to him and the club by retaining his services when they didn’t really have to. Against Crystal Palace on Saturday afternoon, we all saw why.

Crooks was equally impressed with Mane’s display as the Senegalese forward reached 100 goals in all competitions as a Red.

Crystal Palace must be sick of the sight of Sadio Mane. Not only did he score his 100th Liverpool goal on Saturday, but he’s now scored in nine consecutive appearances against the south Londoners. His latest strike was a trademark finish by the Senegalese hitman. The ball was parried by Vicente Guaita from a Mohamed Salah header but Mane was on to the rebound like the rapier he is in such circumstances.

Liverpool remained joint top of the league following the weekends’ results as Chelsea stick to them in terms of points and results.

Milner continues to defy conventional wisdom with his performances at the very highest level.

Soon to turn 36, the former Leeds United starlet could be in line for a start in a preferred midfield position as Jurgen Klopp’s side prepare to face Norwich City in the Carabao Cup this week. 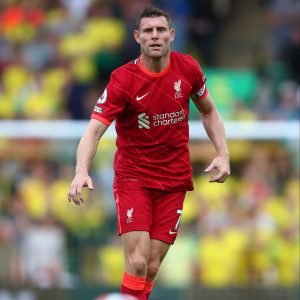 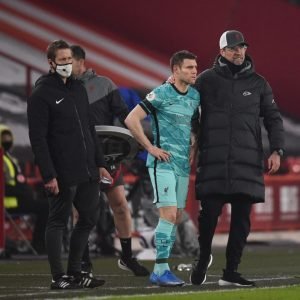